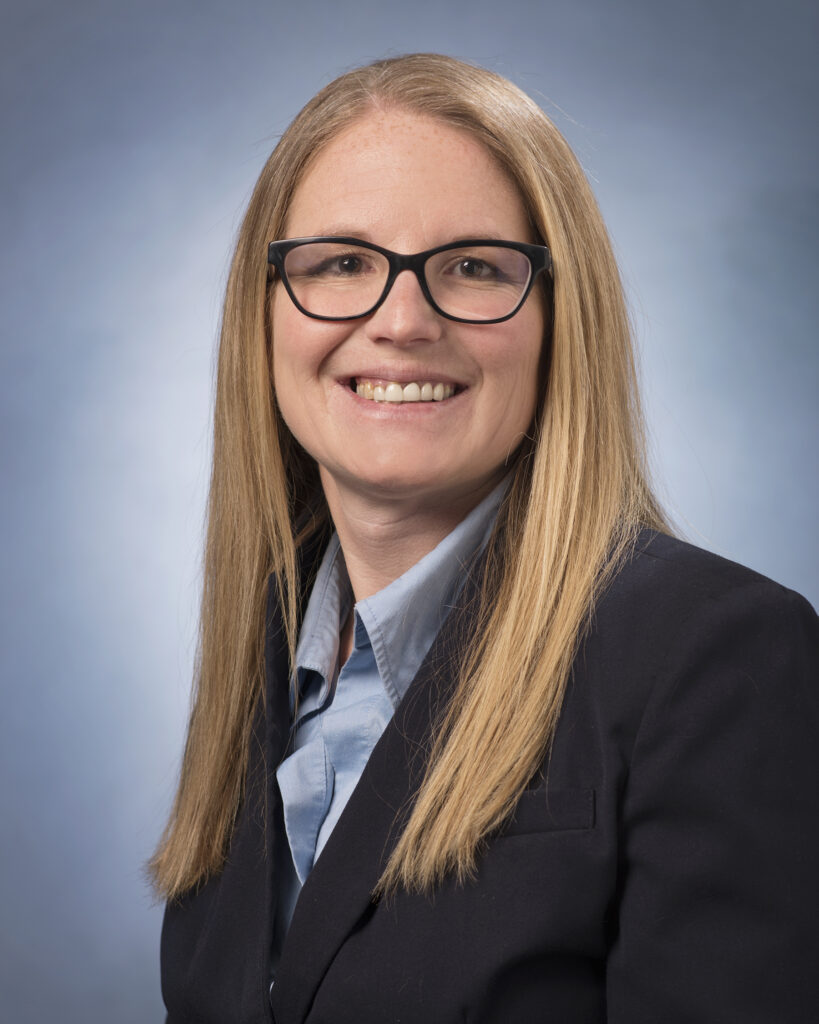 Charity Murphy was admitted to practice law in the State of Indiana and the Northern and Southern Federal Districts of Indiana in 2010. Charity received her undergraduate degree in Psychology from the University of St. Francis where she also played women’s soccer. After college, Charity worked a few years doing recidivism research for Allen County Community Corrections before obtaining her master’s degree in Counseling from Indiana University in Bloomington, Indiana in 2007.  She started law school immediately thereafter at the Valparaiso School of Law and obtained her law degree in 2010. While in law school Charity worked as a legal research assistant and worked for the law firm of Miller Murphy, LLP in Fort Wayne, Indiana.

Charity joins Eberhard, Weimer & Glick as a partner who will split much of her practice between handling local government and school system matters and providing legal counsel to area businesses and employees on employment matters, including creating policies, investigating discrimination, ADA accommodations, worker’s compensation, among many other employer/employee matters. Charity has a strong service mindset and finds great satisfaction when her work leads to improvements within her community. Charity believes all legal matters should be handled with the utmost integrity. Charity’s service mindset carries over to her personal life where she serves as the vice president of the Fort Wayne Sport Club’s youth soccer board. She also was appointed by the Fort Wayne mayor to serve on the Fort Wayne Animal Care and Control Commission.

While Charity was born and raised in Fort Wayne, Indiana, she has close ties to the Lagrange Community as she grew up spending weekends with her father and stepmother who live on Westler Lake and now at her in-laws who own a home on Dallas Lake. Charity loves spending as much time as she can at the lake with her husband, Ted, and their two children, Owen and Ashlynn, and their rowdy Labrador Retrievers, Rizzo (she is a Cubs fan, but couldn’t bear to change his name) and Gus. During her free time, if she is not at the lake, you will likely find Charity watching her kids play soccer or enjoying the outdoors while fishing, hiking, or camping.